﻿Rafah border: A dream that remains a dream 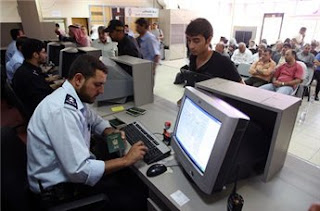 Gaza, June 1, A major crisis mounted between Egypt and the De Facto government of Gaza yesterday regarding Rafah border, which left both sides to exchange accusations of failing to create a mechanism to facilitate the crossing of Palestinians in both directions through Rafah crossing.


High-leveled security leaders on both sides held an important meeting last night to discuss the ongoing crisis at Rafah. They both agreed upon reducing the number of passengers passing per day 250-400 only, and the requirement of sending the lists of passengers who want to cross before the day of their travel. The meeting also tackled the entry of students who are already enrolled in foreign universities abroad and NOT those who got recently accepted. The Egyptian side had a few conditions in mind, one of these conditions is that the Palestinian side has no right to object on The Egyptian side’s decision to prevent any passenger from traveling. Also, any patient enters must be examined by the Egyptian medical committee before letting him pass.

Both sides lashed at each other accusing, resenting and objecting. Gaza’s De Facto government accused Egypt of backing down on their promises of implementing a new eased mechanism for the Palestinians who wish to cross the Rafah border saying that Egypt allowed Palestinians to cross “easily” on the first day only, last Saturday.

On the other hand the Egyptian high-leveled Security leaders came out with statements stressing that Egypt provided facilities for their Palestinian brothers, which are considered as “unprecedented” and also defied Israel in order to open the Rafah crossing permanently and Egypt also provided facilities for the passing of those who are less than 18 years and more than 40 years to easily cross from Gaza into Egypt without a visa as well as the fact that they are screened with full transparency on the Egyptian side.

An Egyptian security source, who preferred anonymity, said that the Egyptian authorities have found a number of Palestinian elements who are listed on the Egyptian black security list because they are related to smuggling through the tunnels, and cases of other security issues that the Egyptian side cant allow to pass through. Those were issues which needed to be discussed but both sides postponed the meetings of discussing their cases.

Salama Baraka, Palestinian border official, showed resentment regarding the increase in the number of cases prohibited to enter or exit Gaza listed on the computers of the Egyptian border security to five thousand Palestinian, sparking the Palestinian side who wants to double the numbers of Palestinians crossing from the Gaza Strip to Egypt.

The Palestinian side said that Rafah border isn’t working in full force because the Egyptian home-land security crew no longer exists, which leaves both sides with double the work and time to screen and inspect travelers and let them through.

The Egyptian side said that they offered more facilitation but they cant let anyone and everyone pass through, they are obligated to implement a thorough inspection to filter the people who want to pass, their biggest priority is Egypt’s safety and the international agreements of preventing Palestinians with security issues. They believe that 25-400 Palestinians passing each day in both directions daily is enough and this will give them the needed time to inspect. While the Palestinian side say 25-400 Palestinians passing each day isn’t enough and that thousands of those who previously-registered need to pass first.

Rafah border’s opening was a dream that went back to being a dream after an attempt of turning it into reality, Gazans havent got the chance to feel happy or relieved. A crisis hit Rafah border and now doubts are camping over it. Will it open again or will the problems will be deep enough to cause more restrictions and closure?

Posted by Omar Ghraieb at 4:10 PM No comments: