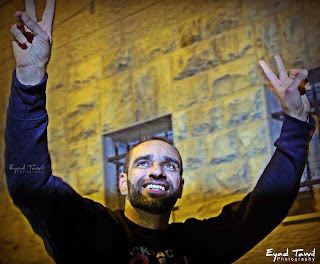 Gaza, December 25, Samer Tariq Issawi, born December 16, 1979 in Issawiyeh, north east of Jerusalem, is a Palestinian iconic hero of nonviolent resistance. On 15 April 2002, Samer was arrested by the Israeli army in Ramallah as part of “Operation Defensive Shield” during the Second Intifada alleging he was affiliated with the Democratic Front for the Liberation of Palestine.

Nearly 10 years later, in October 2011, Issawi, then serving the ninth year of a 30-year jail sentence, he was released along with 1027 Palestinian prisoners as a result of an Egypt-brokered deal between Hamas and the Israeli government for the return of Gilad Shalit, Israeli soldier kidnapped by Hamas on Gaza’s borderline. However, on 7 July 2012, he was arrested again.  His lawyer Andre Rosenthal stated that he had been taking his car to be fixed at a garage in the West Bank.

He was convicted of an 8 months sentence so he went on an open hunger strike since August, 2012.

Palestinian political prisoner and resistance icon Samer Issawi was released on Monday after spending over 17 months in the Israeli occupation detention centre Shatta Prison.
"Samer Issawi's family was ordered by Israeli terror police earlier today not to celebrate and to take down the flags raised at their home," according to The Free Samer Issawi Campaign page on Facebook.

Issawi ended his 265+ day long hunger strike on 23, April 2013 after accepting a deal brokered by Israeli and Palestinian officials to serve eight months on charges of violating bail conditions for an earlier release.

The law, which has been in place since the end of the British mandate in Palestine in 1948, allows for the arrest of Palestinians if they are deemed a "threat" to Israel's national security.
Palestinian hunger strikes have posed a new challenge to the Israeli government, which has come under international criticism for its practice of detaining prisoners without trial.

Samer endured hell from his warders happen to be the occupiers of his land. They tried every possible physical and mental torture strategies to stop him from hunger striking but they failed. He stayed strong, he represented steadfastness and preferred death than giving in to injustice.
Samer said it loudly to the Electronic Intifada: “ I would prefer to die on my hospital bed to being deported from Jerusalem. Jerusalem is my soul and my life”, and he meant every word. He defied occupation with nothing but an empty stomach and won, he never compromised. They offered him a deal of being released and exiled to Gaza, he refused, he insisted on returning back home to Jerusalem and he got what he wanted. His defiance gave hope to the Palestinian masses inside and out of Palestine, he reignited the spark of popular resistance and proved that nonviolent resistance actually works. His release inspired festivities and celebrations across Palestine.

Samer’s family got popular too, they showed the same defiance when they talked to the media but the rising star was his sister Shireen Issawi, who represented the strength of Palestinian women. Shireen never gave up, she fought viciously for her brother on social media and stood by him every step of the way. Shireen became a role model and a symbol of strength and endurance, just like her brother.
Medhat Issawi, brother of Samer Issawi, was released only a few days before Samer after spending nearly 20 years off and on in Israeli jails for participating in protests and intifadas.

It was definitely a happy day for Palestine and a historic one nonetheless. Gaza united with the West bank and was anxiously waiting for Samer’s release. It was a national celebration and Gazans made sure they are a part of it and sent their love and support to the Issawi family even though many couldn’t track his release through live coverage due to daily power outages.

Samer Issawi is free, Palestine will be free. 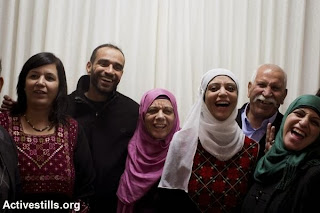 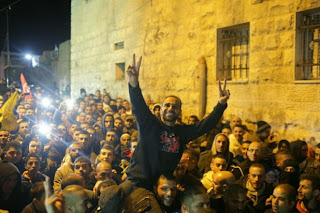 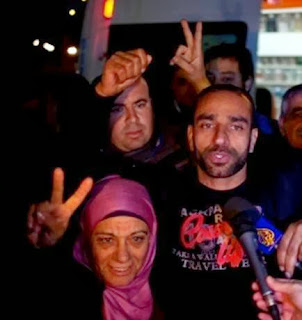 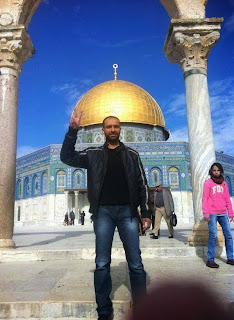 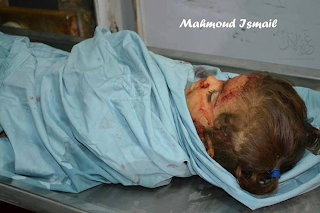 Homes, camps, training sites and free zones were among the targeted places. Israeli shelling on Maghazi camp, Southern Gaza, caused the death of Hala Abu Sbeikh, 3 and a half year old. Hala’s mother and brother got badly injured too. Nine got injured, four of them are children, during the attacks.

As Christians celebrate Christmas around the world, Gaza’s Christians are terrorized by heavy Israeli attacks on Gaza. Ho Ho Boom, Have a Merry Safe Christmas.

That’s life in occupied Palestine, thanks to the Israeli occupation. 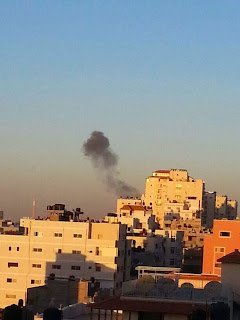 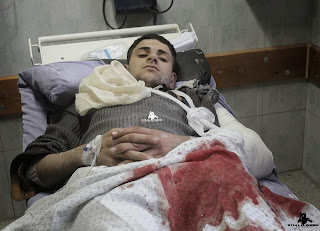 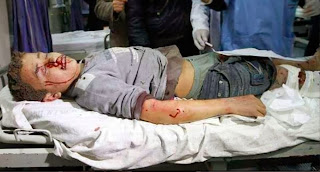 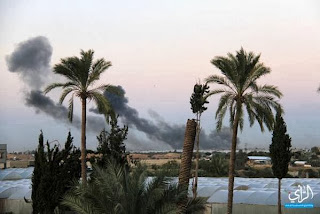 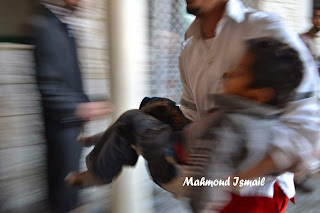 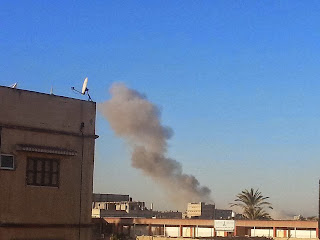