The Art of Surviving 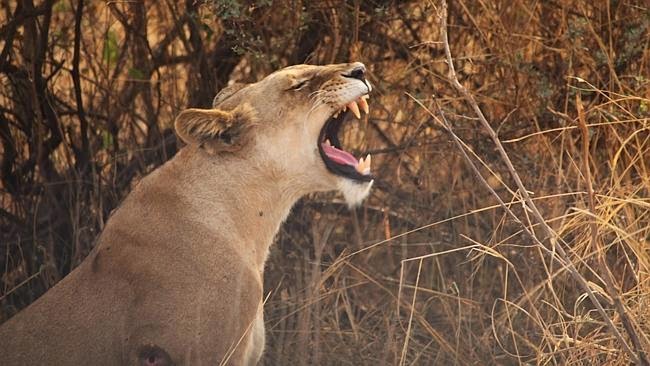 Little did the millions who watched “The Hunger Games” film series know that a similar reality actually exists, its not a fictional realm that the creator came up with. Yes, its called “Gaza”. A beautiful little coastal enclave that the least adjectives you can use to describe it are those like “impoverished”, “suffocating” and “Primal”. A little place on the map that suffers from an Israeli imposed siege and is always tightly sealed by Egypt. We can safely and accurately say that Gaza is the biggest modern open-air prison.

You might go through a dilemma or two in your life, but if you live in Gaza, your mere existence is a dilemma in itself. Your life is like a Marionette except its extra polarized and the strings pull you in different directions.

You are expected to aspire for better and higher education, yet thanks to Israel and Egypt you’ll need 10 miracles to get out of Gaza to seek such education. Palestinians are among the most educated and clever nations, we land scholarships so easily (which is supposed to be the hardest part) but visa and border issues always halts the process. Your dream is murdered, sometimes repeatedly.

You read serious reports made by NGOs like UNRWA who say that Gaza wont be livable by 2020, population will grow and life will decline. Many other reports mention the high rates of poverty, water pollution and scarcity, weak infrastructure, unemployment rates skyrocketing, inflation in the population and diseases widespread (like cancer).

Then comes the regular Israeli attacks on Gaza, plus the daily violation of the air space that usually leads to a major headache after all the buzzing and hovering over on low altitudes. People injured or killed, buildings are destroyed, blood is spilled and life is disturbed.

The whole world expected the “Arab Spring” to “blossom” in Palestine, or more particularly, in Gaza. Palestinians living in Gaza have turned into numb robots who are always judged, attacked and bossed around by every other country\nation.
We are asked to topple Hamas. What then? Settle with the PA? No, topple the PA too. Ok, but don’t forget that our main concern is ending the occupation. Yeah, we are expected to also topple the occupation. Wait, so we should end the internal Palestinian division, then topple both factions, then free Palestine? All that while we are hated, judged and attacked by the Egyptian media on a daily basis, which is starting to affect the Egyptian people who are now hating on those who live in Gaza, only because Hamas rules Gaza. Hmmm, collective punishment comes to my mind here, similar to Israel’s way in dealing with Palestinians. Interesting.

Oh, and let’s not forget how we are always judged by the international community. Every Palestinian living in Gaza is considered to be a Hamas member (terrorist) just because it’s the ruling regime, even those who didn’t vote for Hamas, which is highly and very inaccurate and wrong. Nearly two million people reside in Gaza, how is it fair to assume that all of them are Hamas?

As if Gaza isn’t separated enough from the West Bank, and we already feel the internal division and Israeli siege and separation, you have those who live comfortably and safely in their homes abroad and yet sit behind a screen to tell you that Gaza isn’t occupied. Yeah, Israel withdrew, ok, but Israel has a siege imposed and attacks Gaza whenever they have free time or extra fuel. Whatever you say, those people wont change their minds, they don’t know the kind of life you are living.

The US promises and swears to always be Fidus Achates with Israel. Hence AIPAC and all the Israeli domination and prominence. But who will support Palestinians if they aren’t even capable of supporting themselves or each others?

Lets put all that aside for a minute. Lets analyze the daily life here. Due to the high poverty and unemployment rates, people are occupied by making a living. If I had to pick one thing that stands out as the main common factor between Palestinians here in Gaza, or in Palestine, its going to be "HARD WORK". Yes, they just want to earn a living, no matter what it takes.

Rich, middle class, poor and homeless people are always busy making a living or thinking of ways to secure money and put food on the table even if its through street begging. Yes, even rich people here aren’t safe. Plus, those who actually afford to “live a little” rarely do because they are either afraid of the future or feeling guilty. Guilt springs from the horrible situation that explodes by the minute and its all before your eyes.

We are\were slowly trained to adjust to any living situation, no matter how bad it gets. Guinea pigs? Yes. We are opened to any situation. You might think it’s a positive thing, but if you don’t grasp the seriousness of this issue and how dangerous it is, then you’ll never get it. It’s the main reason behind us settling with being mediocre and thinking its okay. Well, its not okay.

We go through daily power outages, 8-12 hours cut, and that’s during the good days. We went through three weeks of no electricity during Israel’s first full-blown war on Gaza. Our sea is polluted with sewage water, so the water is also polluted. You can put two and two together and imagine how all of this highly affects and complicates every aspect of life.

Those who appreciate the beauty and nature of Gaza, or love the “Arts” and decide to defy their families and society by choosing such an understated field that generates no money, are usually ridiculed or accused of living in denial. You find yourself lost between feeling guilty of being hopeful and seeing the bright side, instead of being obsessed 24\7 with the ugliness of the details of life here. God forbid you say Gaza is beautiful, people will say you have gone mad. Even you, in your own mind, you scold yourself for believing in the obvious yet ignoring the common dark side of this same obviousness.

We are resilient. Life doesn’t stop here. But we don’t realize how much we are paying for this resilience. A very high price, in such a harsh era we live in. We are losing our humanity. We are becoming rude, inconsiderate and cutthroat. I wish this was a desultory fact, but it isn’t. We are detaching and becoming despondent. We are becoming less human and more animal-like who are only bothered by surviving in the forest.

If you yearn for a normal life in Gaza, you are in big trouble. Life can never be normal here, and if you try and live a normal life, you’ll be abnormal. People will judge you and make you feel less patriotic or passionate about your country. If you ever craved traveling for vacation, forget it, both Erez and Rafah are journeys from hell, assuming ofcourse you were lucky enough to have 10 miracles that might secure you a chance of exit.

If you yearn to Jerusalem, then wait till you are 50, or till you are very sick or you are blessed with a good job at one of Gaza’s many useless NGO’s who milk the Palestinian cause and launch huge donation campaigns with no real effect on ground. Or else, Israel won’t let you past Erez.
If you have best friends in the West Bank, then plan a meeting in any country but Palestine, for a chance to see them, only if Egypt has Rafah opened and you are okay with humiliation and being treated like a herd of sheep.

If you live in Gaza and you want to excel, then good luck and may God be on your side. With very few opportunities around, little resources and no major organization to support you, the competition is really high, like really really high and super tough, cutthroat. You have to shine brighter than the sun to be recognized.

If you live in Gaza, you realize that you CAN NOT live in it and you CAN NOT live out of it. When you are in, you will yearn to go out, and when you are out you will die to get back in to your family and your land. You are destined to a polarizing life. You are required to master the art of survival.

If you live in Gaza, you should smile and move on, but hold on very tightly to your humanity and everything that makes you the way you are. Live, love, be happy and be sad. See the obvious, with all its colors\shades\sides. Try to be a bit normal, but be clever enough to recognize that you will never be completely normal. Be humane, be you and be strong. Lets survive, without turning our surroundings into a jungle. Lets keep dreaming of a better world.