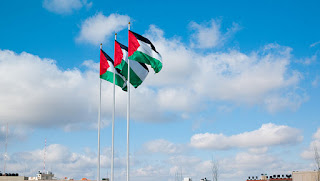 Gaza, October 31, The UN's cultural agency voted to admit Palestine as a full member on Monday.

The resolution needed 81 votes to pass, the UNESCO representative said.

The Obama administration has decided to cut off funding for UNESCO because it approved a Palestinian bid for full membership.

Barack Obama speaking about the situation in Egypt at the White House, Feb. 1, 2011.

White House spokesman Jay Carney said the UN cultural agency's decision was "regrettable" and "premature" and that it undermines the international community's shared goal to a "comprehensive, just and lasting peace" between Israel and the Palestinians.

Carney added that Monday's vote was a distraction from the goal of restarting direct negotiations between the two sides.

Nuland went on to say the U.S. would refrain from making a $60 million payment it planned to make in November.

But she said the U.S. would maintain membership in the body.

"The UNESCO General Conference’s action does not diminish our determination to work with UNESCO to advance U.S. national interests. Therefore, we will maintain our membership in UNESCO and our commitment to UNESCO," the State Department said.

The Palestinians want full membership in the UN, but Israel opposes the bid. The U.S. ¬says it would veto a vote in the Security Council.

"This is only the beginning", said Ros-Lehtinen. "The Palestinians will now seek full membership at other UN bodies."

J Street urged the U.S. not to cut funding, saying disengagement from UNESCO would weaken the country's international standing. "In addition to undermining our own national interests, it would also deprive Israel of its most vocal and powerful advocate in a key UN organ," said Dylan Williams, J Street’s Director of Government Affairs.

The U.S. Congress is also currently considering new legislation that would impose additional restrictions on American funding of the United Nations, threaten cutting aid to the Palestinian Authority, and slashing military assistance to key foreign countries in retaliation to their support for the Palestinian bid for full UN membership.

Germany also said Monday that the UNESCO vote on Palestinian membership was likely to make it more difficult to achieve peace in the Middle East.

A Foreign Ministry statement from Germany said that the country opposed the vote.

"There is a danger that the UNESCO application will further harm the already difficult indirect talks recently begun under the aegis of the Middle East Quartet," the statement said.

The Palestinians are seeking full membership in the United Nations, an effort the U.S. has threatened to veto in the Security Council. Given that, the Palestinians separately sought membership at Paris-based UNESCO and other UN bodies. 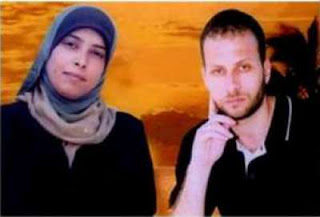 I know it took me time to add a new blog post, for me writing is all about inspiration. I have been working on this feature for the past week and now I bring you a story that inspired me, enjoy.
﻿He is Fatah, she is Hamas; they were both freed in last week’s prisoner swap

GAZA CITY, Gaza Strip – He was from Fatah and she was from Hamas, the two rival Palestinian movements. They were both serving multiple life sentences. They had participated in killings – she for her role in a Jerusalem restaurant bombing, he in connection with the killing of an Israeli.

As lovers go they could not have been more star crossed, yet Nezar and Ahlam Al Tammimi met, fell in love, got engaged and finally married while they were sitting in Israeli jails. Both were among some 450 Palestinian prisoners swapped for Israeli hostage Gilad Shalit last week.

“Nobody believes me when I say that I never ever lost hope. I always saw the light at the end of the tunnel and now I am free,” Ahlam, 31, declares.

Married behind bars, the two now plan a big wedding – as soon as they can finally see each other. They don’t know when that will happen: Under the conditions of their release, Nezar was returned to his home the West Bank while Ahlam was flown to her family in Jordan.

Ahlam was born in 1980 to a Palestinian family that moved from Palestine to Jordan in 1967. Ahlam has two brothers and four sisters. Recalling Ahlam’s childhood, her brother Fakhr Al Tammimi said: “Ahlam was a rebellious child with a strong personality. She never took the easy way and always thought out of the box. My sister had Palestine in her heart and always wanted to go back there.”

In 1998, Ahlam began studying media and journalism at Birzeit University in Ramallah. In September 2000, as the Second intifada erupted, Ahlam felt like she had to do something. During her university years, Ahlam was working for Al-Milad magazine and Al-Istiqlal television station, both local media outlets, because she believed in working and studying at the same time.

Ahlam helped Ezz Al Din Al Massri, 20, to blow himself up in Sabarro restaurant in Jerusalem in August 2001, which killed 16 Israelis and injured 150. Her role had been to choose the location and secure transportation to reach that location. Not long after, she was arrested.

Israeli security forces stormed Ahlam’s house at 3:00 a.m. They handcuffed her, blindfolded her and dragged her into interrogation. She was sentenced to do 16 life sentences for her deed.

“Israeli police used both mental and physical torture on me to admit my role in the operation but it wasn’t important because my fellow members had already confessed about my role,” Ahlam shared. During that time, Ahlam and her family were mourning the loss of their mother. “Aside from the mental and physical torture, I was also going tough times because of my mother’s death. Things were harder and darker.”

“I was placed in solitary confinement many times, sometimes for a reason and sometimes for no reason. The cell is so small and dark with dark walls and built underground. It’s just like being jailed in a tomb. If I hadn’t of turned to God, praying and Qura’an, I would have lost my mind.” Ahlam recalls.

“Let me share with you a funny story, I was sentenced with an extra year to my 16 lifetimes because I had a fight with an Israeli female prison guard. This incident kept me laughing for days, as if I would care less about an extra year added to my jail time of 1,548 years.” Ahlam says laughing.

Ahlam wasn’t veiled before jail, but she began to wear the hijab in jail and also got her first Palestinian identification card while in Jail.

Ahlam heard about Nezar Al Tammimi, her relative, 38, who was jailed in 1993 during his university years. He was also studying in Birzeit back then. He was sentenced to life in prison for belonging to a Fatah cell responsible of kidnapping and killing an Israeli in the Jewish community of Beit El near Ramallah. Ahlam admired him. Ahlam actually visited Nezar in jail before she was jailed herself. The spark of mutual admiration that they felt back then developed over time into love.

“Nezar would go through the same process to send me a letter. Our letters were so precious, they took so much time and they were our only means of communication. We would share experiences, express our love and share our virtual dreams of being and living together after our marriage,” Ahlam says with a broad smile and a sparkle in her eyes.

The two were not only separated by bars but by membership in rival movements. After briefly sharing control of the Palestinian Authority, Fatah and Hamas fought each other for control of the Gaza Strip in 2007 and have failed to patch up their differences despite a declaration of national unity last spring.

On an August day in 2005, Nezar’s fellow inmates threw him a party to celebrate his engagement to Ahlam. Simultaneously, Ahlam celebrated a party in parallel with her inmates. After that, their one and only meeting came in March 2010, when they were both summoned by the Israeli intelligence to be questioned about the relationship between them and their future plans.

“After exchanging letters and falling in love we both decided to get engaged even if we were both jailed for life,” she recounts.

Their fathers arranged the documents and sent them copies of the marriage contract in jail. Nezar sent his wife wedding rings but the Israeli prison administration confiscated them all, she says.

“Initially, it was purely a familial attachment ungoverned by factional politics even though our link is a practical demonstration of the factions' call for Palestinian unity,” Ahlam told Uruknet.info, a Middle East website. “As Nezar and I have been united by this engagement we hope to be a beautiful demonstration to the factions of the unity that is possible, God willing, through comprehensive reconciliation.”

With the release of the Palestinian prisoners October 18, Nezar was sent to Nabi Saleh, his hometown in the West Bank where he was welcomed as both a hero and bridegroom.

But Ahlam, denied entry to the West Bank as a condition for her release, says she was obligated to fly to Jordan to join her family. The couple met briefly at Cairo Airport's Sheraton Hotel on their way to their final destinations.

Arriving in Jordan, Ahlam says she was overwhelmed when large numbers of family, friends and fans came to Amman’s Queen Alya airport to welcome her. “I only met my family twice during my 10 years of jail time, which made me drown in despair sometimes. I missed them so much.

Meeting my father and the rest of the family means the world to me,” Ahlam says in tears.

Ahlam says she already feels rejuvenated by being reunited with her family. “There is a whole new generation in my family that I missed out on. Photographs and names have turned into people that I am eager to know,” Ahlam adds happily.

Ahlam’s dream now is to settle down after a huge wedding that reunites her with her husband Nezar. “All I dream about now is to live with Nezar, settling down and raising our future children.”

According to Ahlam, Plan A is Nezar’s trip to Jordan so they can hold a real wedding there and live together. If Nezar is denied access to Jordan, then Plan B is for both Ahlam and Nezar to request permission to visit Gaza and settle there with the support of the Palestinian Authority and Gaza’s Hamas government.

Ahlam is trying her best to acquaint herself with all the new technology that has become available during the years she was imprisoned, including means to communicate with Nezar till they reunite. “I was told that we can cam-chat with each other using motion picture and voice both at the same time, whatever that means,” Ahlam adds with a laugh, “It certainly sounds like a cooler way to communicate than the mobile telephone.”

I originally wrote it for the media line: http://www.themedialine.org/news/news_detail.asp?NewsID=33569
Posted by Omar Ghraieb at 4:28 PM No comments: